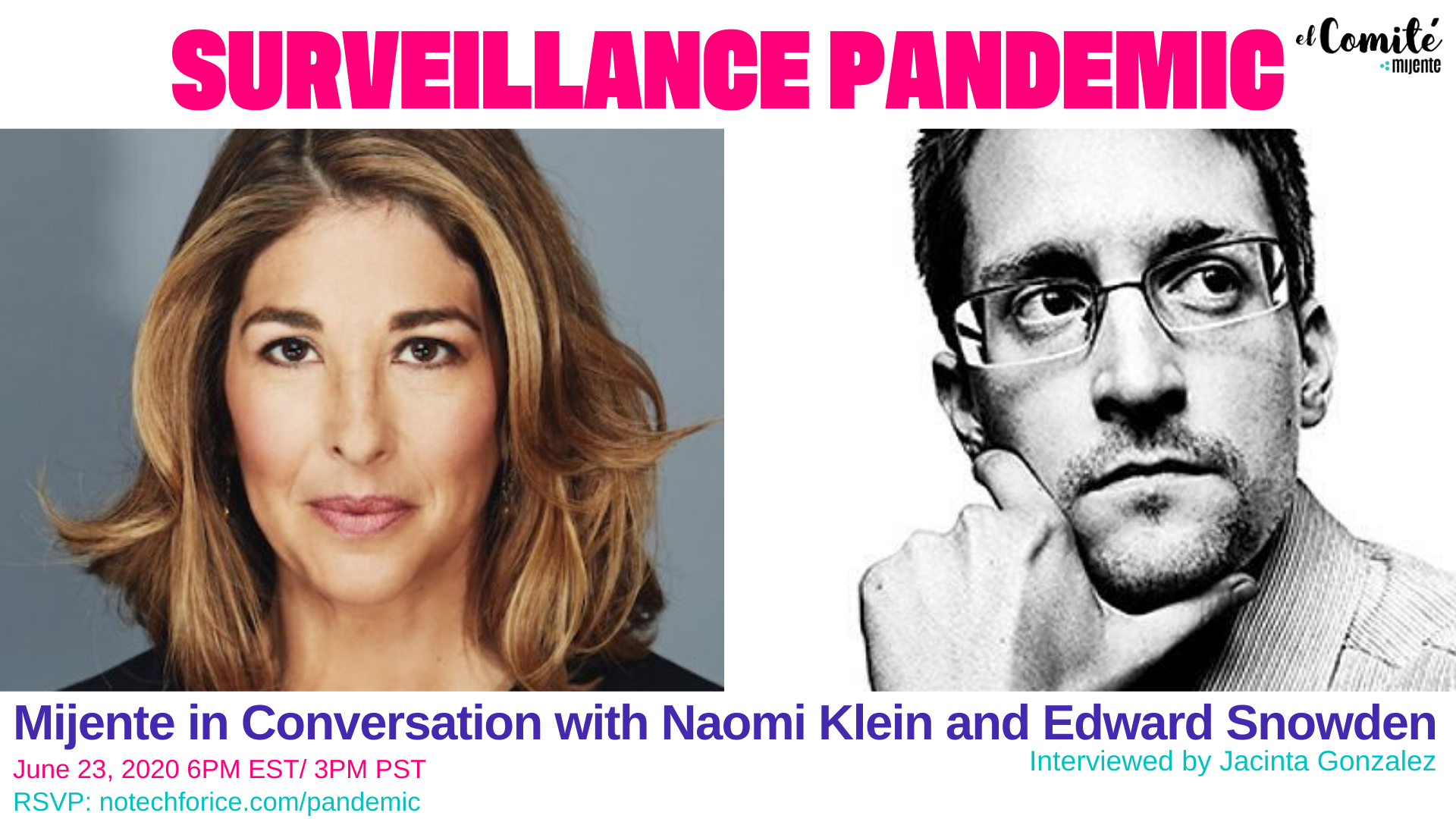 Tech has long been used to monitor and harm Black and brown communities across the United States. Facial recognition software, predictive policing algorithms, automated license plate readers, digital ankle shackles, drones, robots, biometrics — all these tools and much more have been developed for and used by police and immigration enforcement agencies at an accelerated rate in recent years.

During the pandemic, we’ve seen the rapid expansion of the surveillance state as tech companies like Palantir have made millions to track and analyze outbreaks — with few if any privacy protections. As with past crises, these expanded surveillance powers may become entrenched as a permanent fixture of our security state. After all, we’re still dealing with far-reaching powers granted in the aftermath of 9/11, almost two decades later.

At the same time, we’ve seen tech used to monitor protests against police brutality nationwide. Customs and Border Protection has flown surveillance drones to monitor Minneapolis protesters marching against the police killing of George Floyd. Law enforcement officials have said they are contract tracing protesters, but have released little information about their methods.

In immigrant communities, we see digital shackles used by ICE to monitor people throughout the day, or automatic license plate readers to track undocumented folks as they go to their homes, jobs, and schools. Data brokers sell vast amounts of personal information to ICE, helping them pinpoint people for arrest, detention, and deportation.

These technologies are made by Silicon Valley companies that reap millions from their law and immigrant enforcement contracts, like Amazon, Microsoft, Palantir, Anduril, Thomson Reuters, Vigilant Solutions, Nexus, and more.

We’ll delve into the different technologies being used right now in the United States — against Black Lives Matters protesters, undocumented immigrants, and all of us — and how these technologies threaten not just our civil liberties, but our lives. 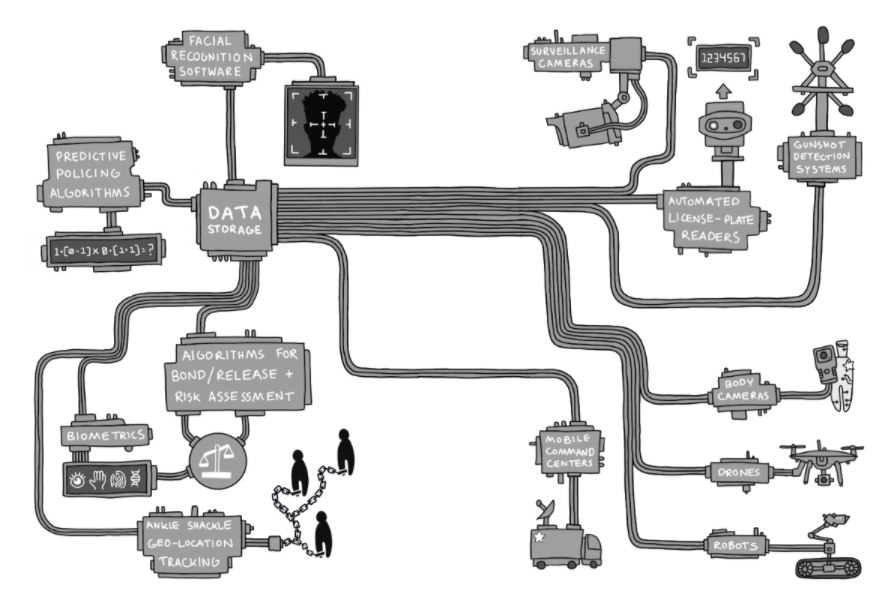 JACINTA GONZALEZ is a senior campaign organizer with Mijente and is based in Phoenix, Arizona. She leads the No Tech for ICE campaign at Mijente, publishing research on and targeting tech companies that have contracts with ICE. Previously, she worked at PODER in México, organizing the Río Sonora River Basin committees against water contamination by the mining industry. Jacinta was the lead organizer for the New Orleans Workers’ Center for Racial Justice Congress of Day Laborers. In Louisiana, Gonzalez helped establish a base of day laborers and undocumented families dedicated to building worker power, advancing racial justice, and organizing against deportations in post-Katrina New Orleans.

NAOMI KLEIN is an award-winning journalist and New York Times bestselling author of No Logo, The Shock Doctrine, This Changes Everything, No is Not Enough and On Fire: The Burning Case for a Green New Deal. She is Senior Correspondent for The Intercept, a Puffin Writing Fellow at Type Media Center, and the inaugural Gloria Steinem Endowed Chair in Media, Culture and Feminist Studies at Rutgers University. She is co-founder of the climate justice organization The Leap.

EDWARD SNOWDEN is a former intelligence officer who served the CIA, NSA, and DIA for nearly a decade as a subject matter expert on technology and cybersecurity. In 2013, he revealed that the NSA was seizing the private records of billions of individuals who had not been suspected of any wrongdoing, resulting in the most significant reforms to US surveillance policy since 1978. He has received awards for courage, integrity, and public service. He joined the board of Freedom of the Press Foundation in February 2014 and was named the president of the board in 2016. In September 2019, he published his memoir, Permanent Record, and today works on methods of enforcing human rights through the application and development of new technologies.

Mijente is an action hub for our people bound by the same principles, common struggles, and shared identity. Upon becoming a Mijente member, you’ll get access to our private Facebook group, opportunities and resources to take actions, voting rights as we push our electoral agenda, and more. 100% of your membership dues will go to funding our movement, campaigns, and initiatives.