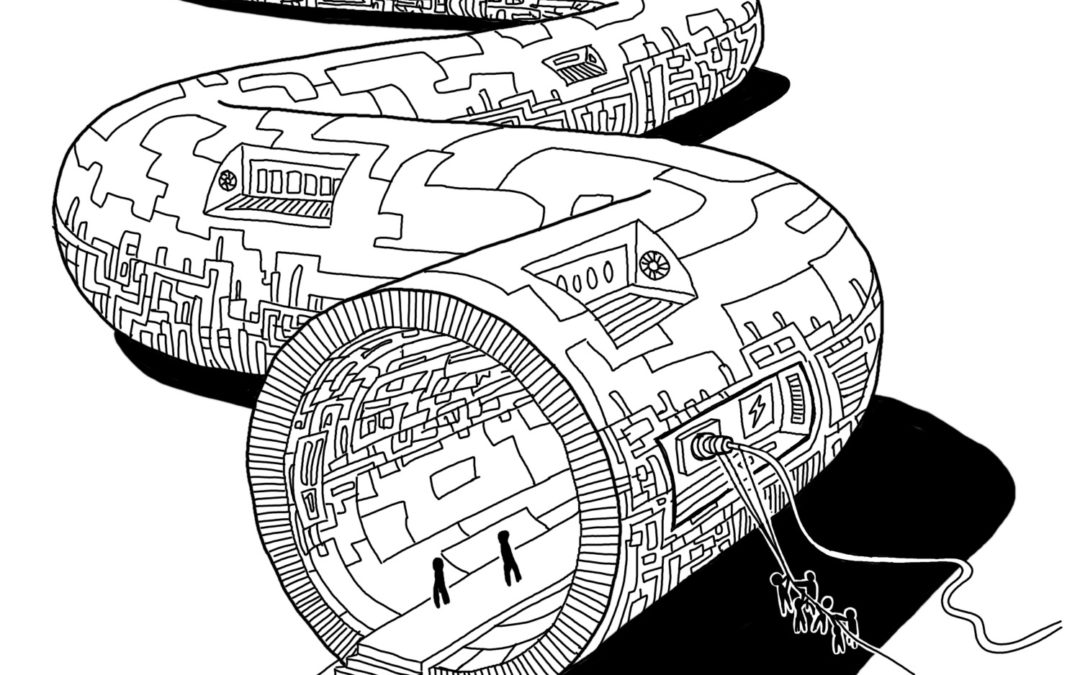 More than 1,200 students representing 17 campuses across the country have signed a letter pledging that they will not work at Palantir because of its work with Immigration and Customs Enforcement. The letter, which has been collecting signatures for 10 days and will continue collecting signatures during the following months, is led by students targeting Palantir’s recruitment efforts on university and college campuses.

Palantir has numerous college recruitment efforts, targeting computer science students and others they hope to hire at campuses across the country. As part of its recruitment strategy, Palantir has corporate partnership agreements with universities costing thousands of dollars a year, allowing the company special access to students via campus info sessions, career fairs, faculty advisors, and access to student resumes or projects.

These agreements support Palantir and its work for ICE. Without these corporate partnerships, Palantir’s recruitment efforts and future growth would stall. It would be unable to hire top talent as students learn of Palantir’s work with ICE, no longer sold on a vision of an innovative and exciting tech company without knowledge of the role Palantir’s software has played in workplace raids, family separation, and deportations. These corporate partnerships whitewash the company’s image, allowing Palantir to maintain a veneer of mainstream respectability and grow its presence in academia via invitations to academic conferences, relationships with faculty, and continued access to students.

Similar corporate partnership agreements exist for dozens of other tech companies, like Amazon, Microsoft, and Salesforce—all of which have contracts with ICE or Customs and Border Protection. The pledge letter campaign is the start of a multi-campus effort to target all companies whose work enables deportations, an effort that has already started.

At Stanford, students with Students for the Liberation of All People protested a Salesforce company speaker last spring because of Salesforce’s contract with CBP, flyered a career fair asking students to reconsider working at companies with ICE or CBP contracts, and flyered workers outside Palantir’s headquarters to demand it cancel its ICE contract, part of a growing tech backlash on campus.

At Harvard, students flyered a career fair this September, calling on Amazon to stop hosting Palantir and protesting the company’s growing work for the Department of Homeland Security.

At RPI, students put up posters around campus, asking students to take the pledge not to work at Palantir.

And at Cal, students projected #NoTechforICE onto a campus building, part of a Never Again action directing students to protest Palantir.

Student groups at the 17 campuses represented here are planning panels, workshops, direct actions protests, flyering, and other means of cutting their schools’ ties to Palantir and other tech companies in the business of deportation, seeking to cut these financial ties and raise awareness of Silicon Valley’s role in facilitating the administration’s anti-immigration agenda.

These efforts draw on past corporate targeting efforts on campus, as when students targeted recruiters for Dow Chemical in the 1960s to protest that company’s sale of napalm to the military during the Vietnam War. Recruiters for Dow would reportedly pack a lunch when visiting campuses, knowing they would be locked in classrooms by students preventing them from accessing campus to recruit. Today’s efforts similarly seek to stop Palantir’s events on campuses and send a strong message to the company that its future growth and reputation are endangered if they continue working for immigration enforcement.

The student letter is included in full below. Versions are different across campuses, but all include the central pledge to not work at Palantir while it continues its work with ICE. If you agree, add your name.